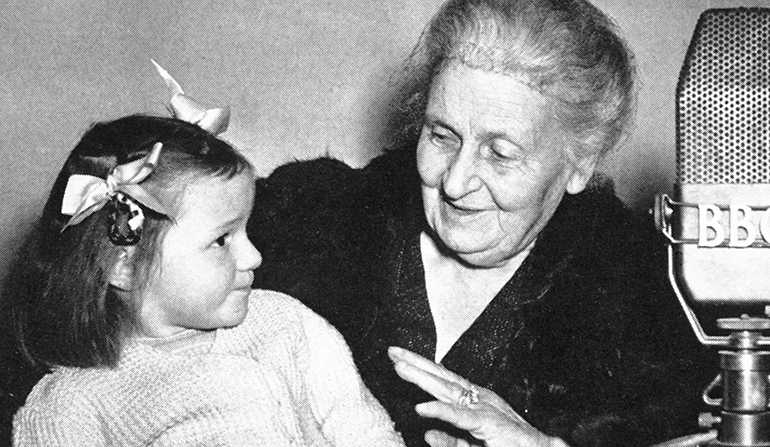 Born in 1870 in Chiravalle, in the province of Ancona, Maria Montessori was the first woman to practice medicine in Italy after graduating from the Faculty of Medicine of the University of Rome in 1896.

As a physician, Dr. Montessori was in constant contact with children and became deeply interested in their development. After careful and thorough research, she realized that little ones build their own personalities as they interact with the environment.

Her method of approaching education resulted from a solid knowledge of biology, psychiatry and anthropology. Thus, she studied children of all races and cultures in many countries, eventually realizing that the laws of human development are valid everywhere. Dr. Montessori continued these observations, deepening them and broadening her field of knowledge until her death in 1952. Maria Montessori opened the first Casa dei Bambini (Children's House) in one of the poorest neighborhoods in Rome, known back then as the notorious Quartiere di San Lorenzo.

"It was on January 6 (1907), when the first school for children aged 3 to 6 was opened. I can't say it was based on my methods, because they didn't exist at that time. But in this school, my method would come into being as soon as possible. But on that day there was nothing else to see but poor, dirty and unhappy children with rude and shy manners at the same time, many of them crying, most of them from illiterate families and who were left in my care ... The children were so tearful and frightened, so ashamed that it was impossible for me to make them speak; their faces were devoid of expression and their eyes looked puzzled as if they had seen nothing in their lives. It would have been interesting to know the initial circumstances that gave those children the opportunity to go through such a transformation, or rather, the circumstances that led to the emergence of those new children, whose souls were revealed with such brilliance that they managed to spread this light all over the world.” 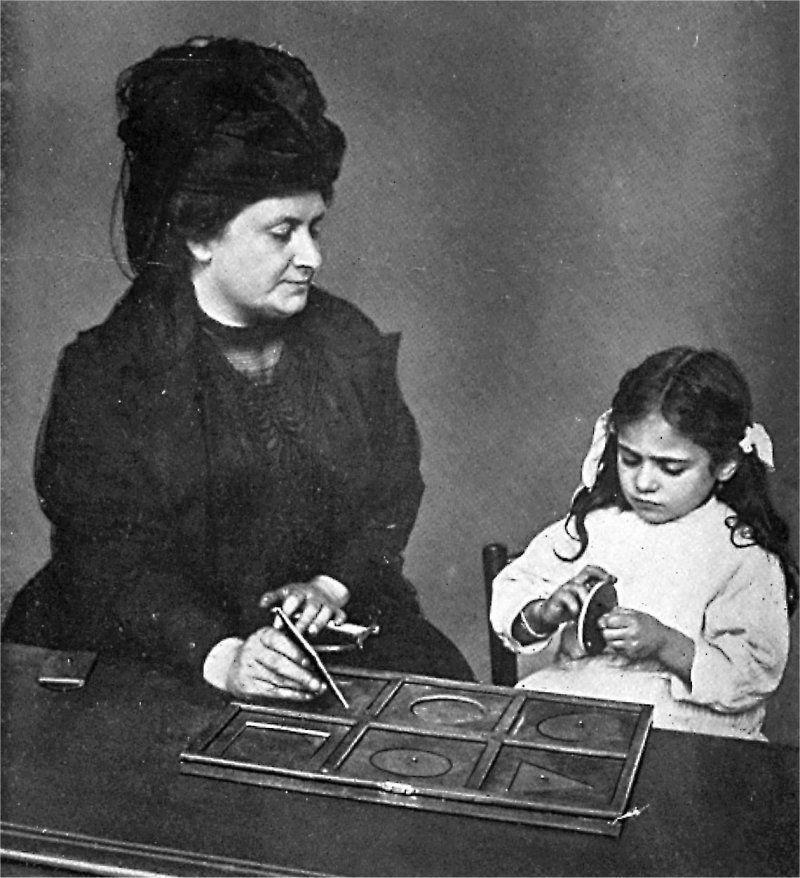 And it was indeed as if this radiance awakened consciences, because only 6 months after the opening of the Children's house, people of all kinds from all continents came to see the miraculous children of Maria Montessori.

Dr. Montessori was convinced that education begins at birth and that the first years of a child's life, being the ones that shape him the most, are also the most important, both physically and mentally. She felt that in these early years, the child has so-called "sensitive periods" during which he is particularly receptive to certain stimuli. This receptivity to certain things lasts only until that need is met.

In 1909, Dr. Montessori gave her first course, expecting to have students only from Italian educators. To her surprise, people from foreign countries also participated. Maria Montessori's work continued and was gradually accepted in many European countries and other parts of the world. In 1915, Dr. Montessori was received with great enthusiasm in the United States, where many schools were opened based on the courses she taught. Back in Europe, she continued the series of conferences in several countries and spent a lot of time deepening her personal research.

Dr. Montessori has received countless distinctions and honors for her work. During the war, as its philosophy was banned by the Nazi regime, Dr. Montessori created the Montessori movement in India, where it is still highly valued today.

Maria Montessori died in 1952 in the Netherlands at the age of 81. After her death, Mario, her son, became the successor to the leadership of the  Association Montessori International (AMI), an organization created by Maria Montessori, based in Amsterdam.